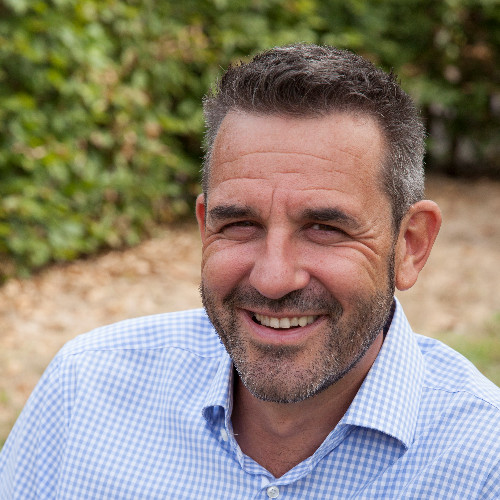 Gino Peremans is a transformational executive coach who was captured by ‘systems’ and ‘change’ during his studies. He went on to specialize in Belgian’s public sector and Human Resources, and started working as a consultant to drive change processes in Human Resource Management.

After the first five years of his career he continued working for an International Organization, called Outward Bound. As a facilitator, he coached individuals and teams in becoming more efficient and effective, mainly in their interactions.

He was also in Marketing & Sales, responsible for the Belgian branch of the organization and part of the Management Team. In this role, he managed the program and coached for different business schools: Vlerick (Belgium), INSEAD (France) and ESMT (Germany).

Today and within his organization, Gino mainly focuses on ‘systems’ change and coaching (system as in Team, Group, Movement, Organization). He is known for his warm, authentic and to-the-point style of coaching and facilitation.

Gino is also passionate about languages and can actively communicate in Dutch, English, German and French. He has worked around the world, including, Belgium, Netherlands, Germany, France, UK, Czech Republic, Slovak Republic, Italy, Spain, US, United Arabic Emirates, Singapore, and New Zealand.